Bones of humans and animals are occasionally found in the submerged caves of Quintan Roo, but Hoyo Negro is unique in having a high concentration of multiple species in a high state of preservation. As of December, 2017, not including Naia and the untold numbers of fish and bats, we have recognized at least 34 individuals of 13 species on the pit floor and another 8 animals and one additional species in the shallow tunnels leading to and from the pit. Seven species—fully half of the taxonomic assemblage—are extinct and 24 of the 42 individuals belong to those species. These include the highland gomphothere (an elephant-like animal related to mastodons) three species of giant ground sloth, sabertooth tigers, a species of short-faced bear, and an as-yet-to be disclosed species of wolf-like animal.

In the following list, the number of individuals in Hoyo Negro is shown, along with the number in connecting tunnels in parentheses.

PRESERVATION
Although many of the skeletons found in shallow tunnels are eroded and extensively damaged by trampling, most bones in Hoyo Negro are almost perfectly preserved, despite most having lain exposed in air for thousands of years before sea level rise inundated them about 10,000 years ago. This remarkable preservation is due to three factors.

AGE OF FAUNA
A key question we have about the Hoyo Negro fauna is whether the animals represent a single time period and thus single surface ecosystem, or represent a cross-section of distinct ecosystems that occupied the Yucatan as the ice age transitioned into the modern interglacial. Dating the bones is difficult because, although they have held their shapes well, the bones are almost entirely lacking in protein, which we need to obtain the most-trusted radiocarbon dates directly on the bone. We are, therefore, attempting the determine minimum and maximum possible ages—radiocarbon dating wood and seeds or uranium-thorium dating calcite formations found on or in the bones of a species for the minimum age and radiocarbon dating the mineral portion of bones or teeth for maximum ages. 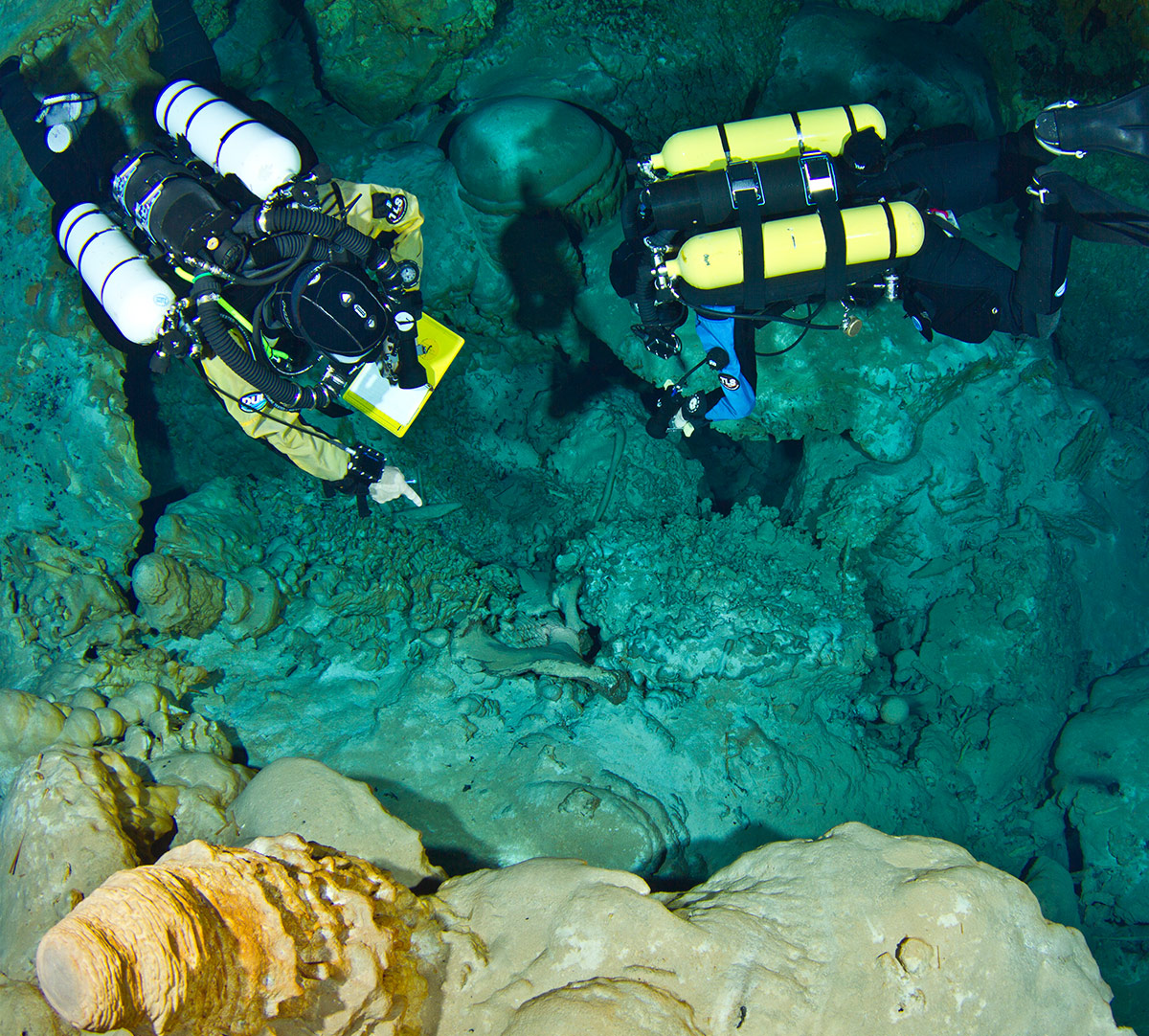 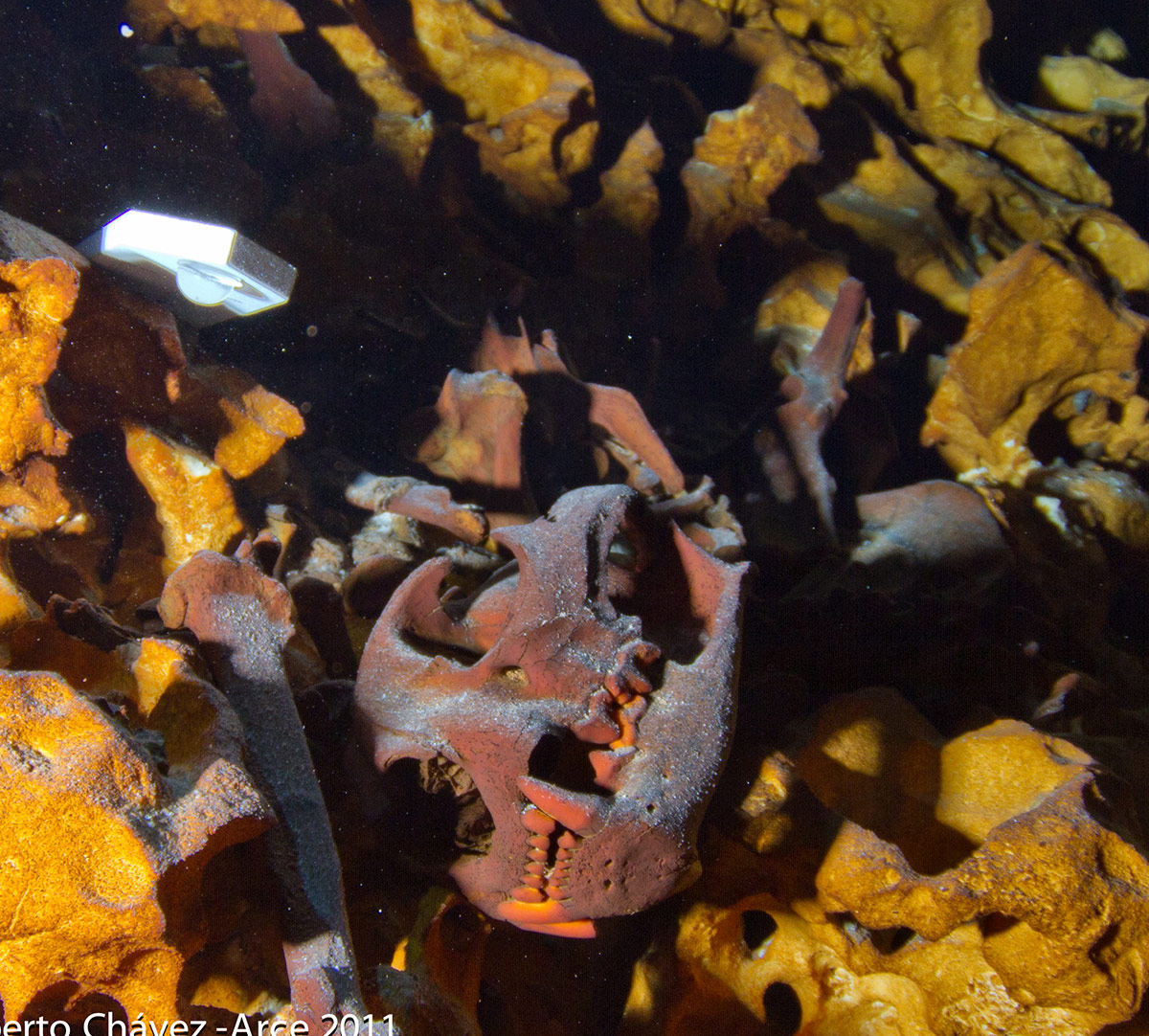 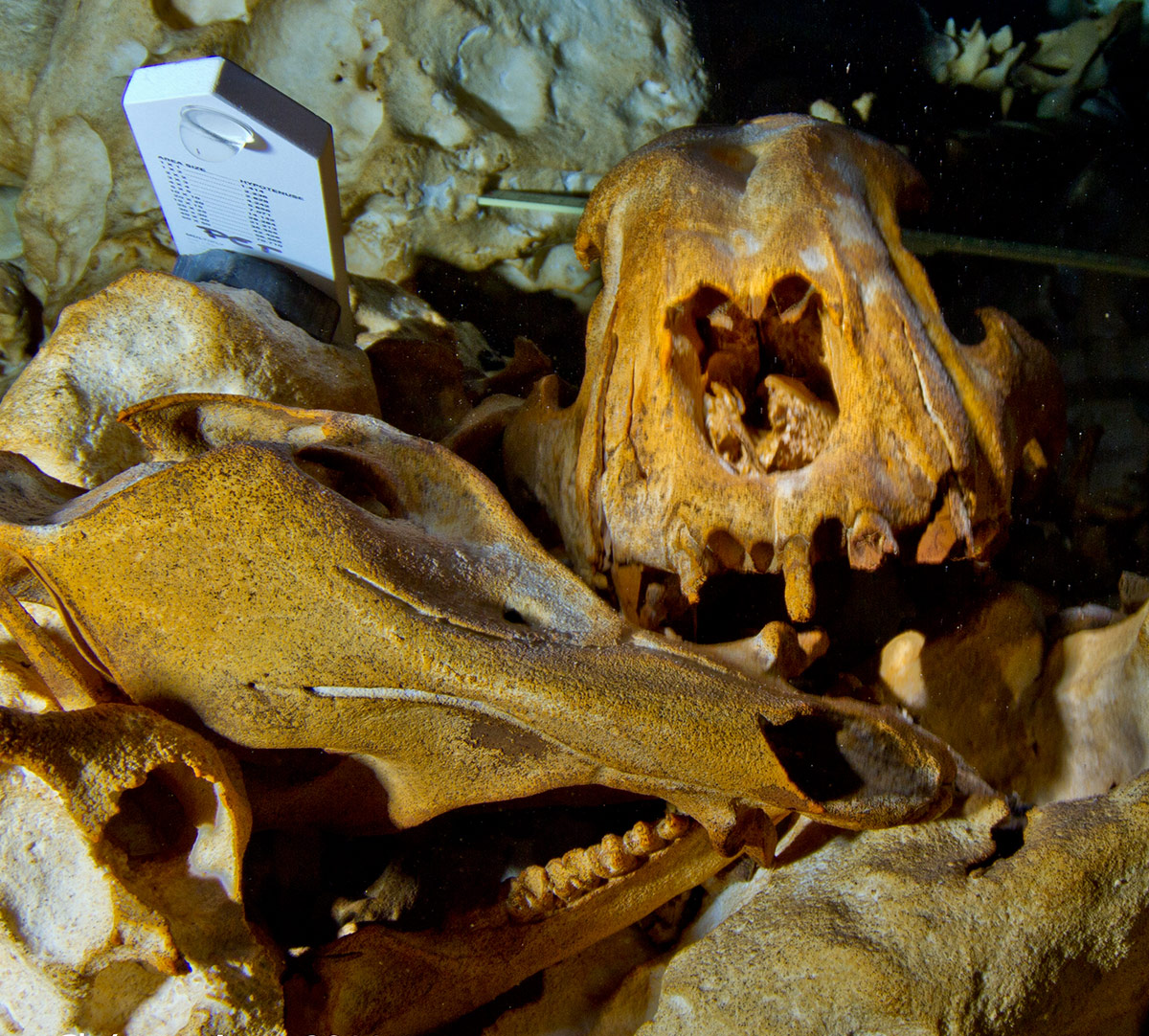 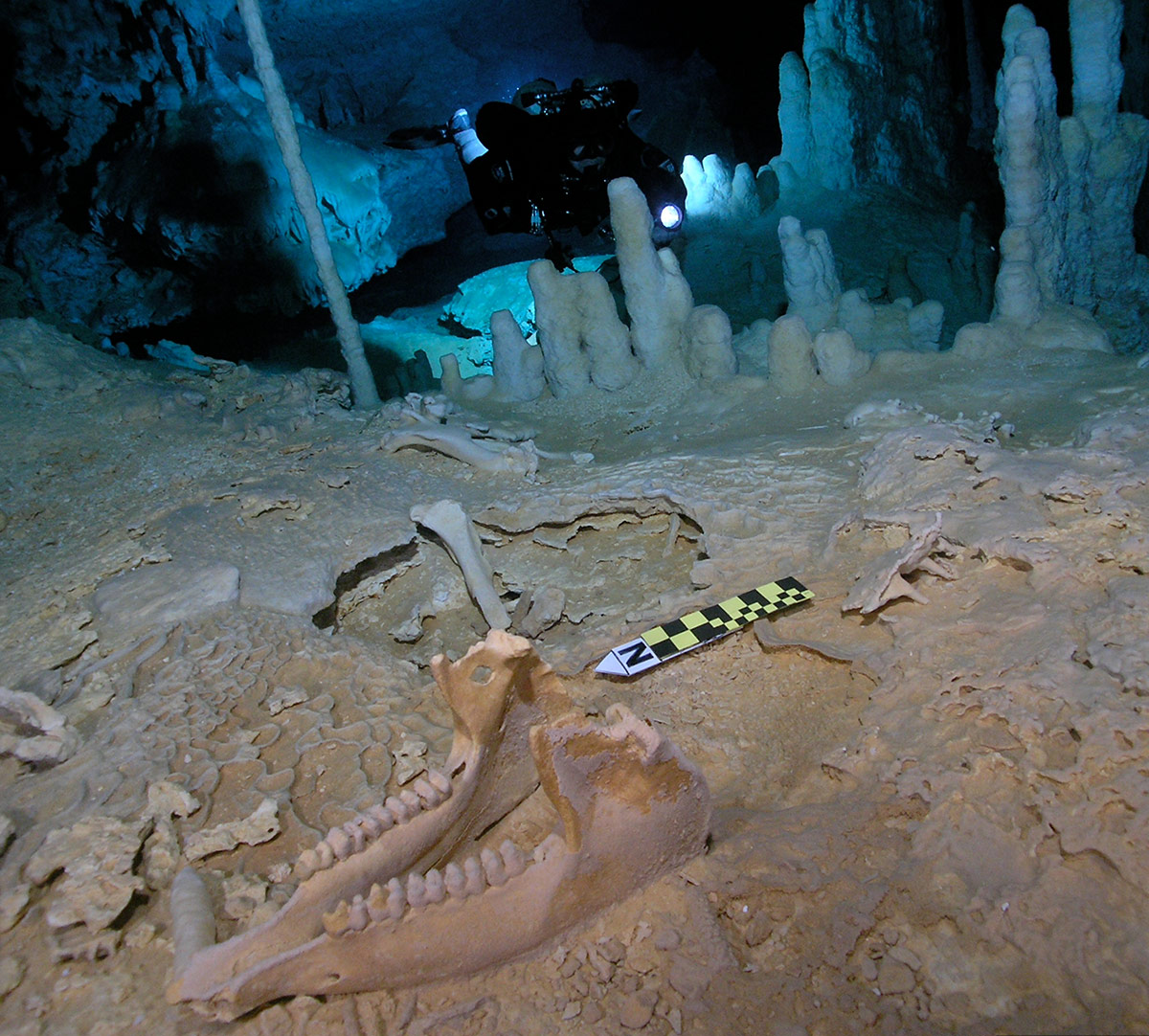 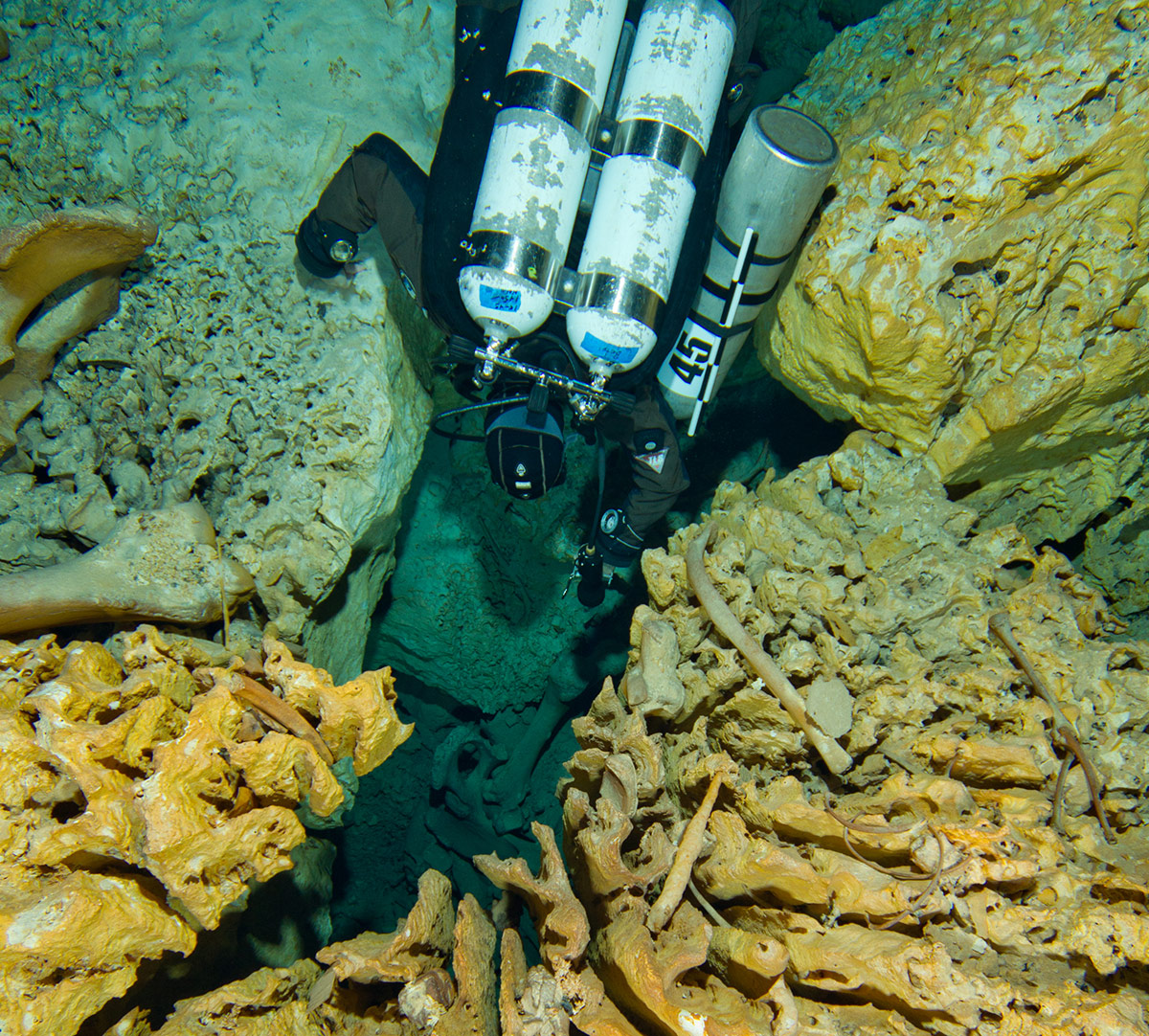 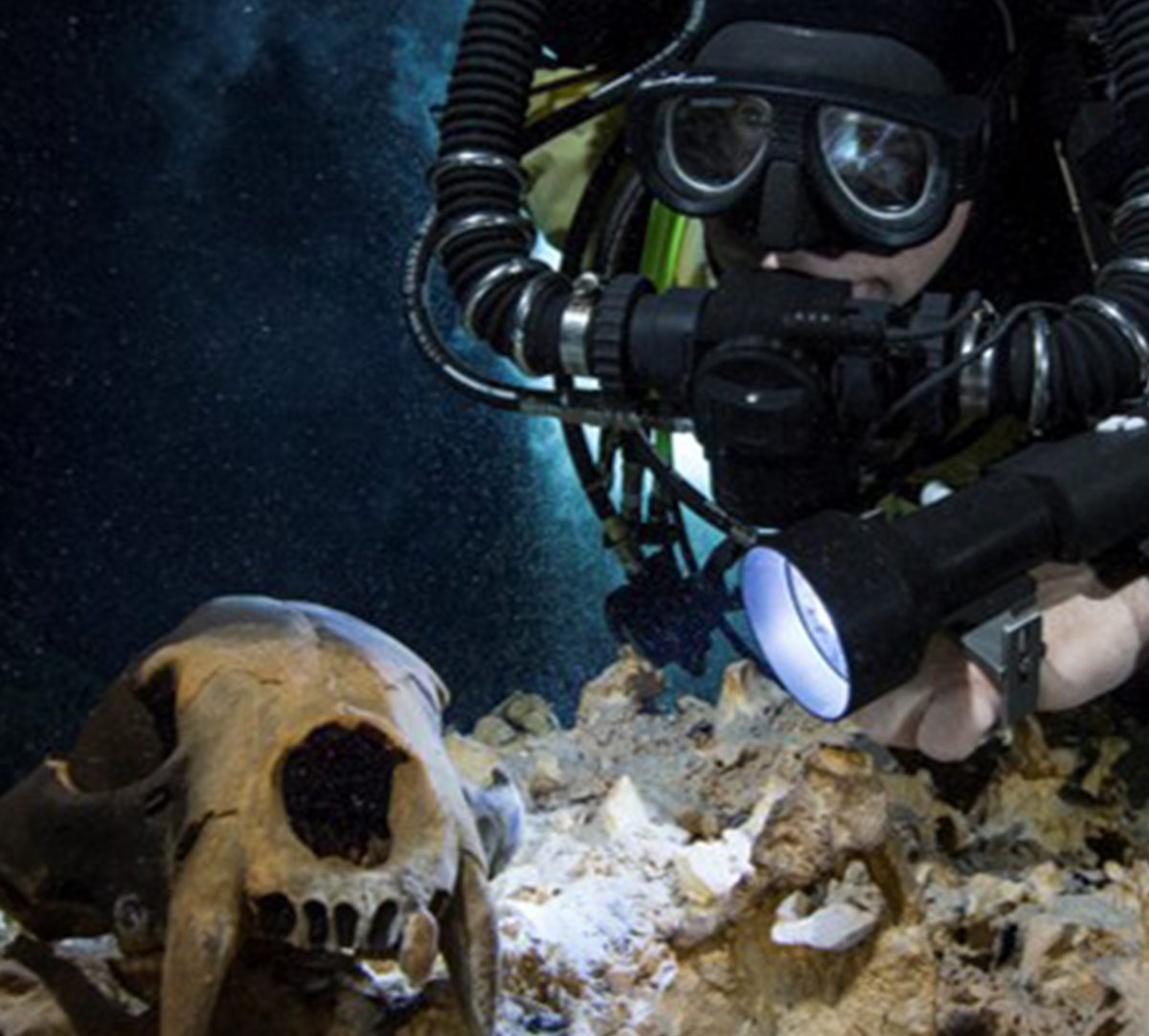 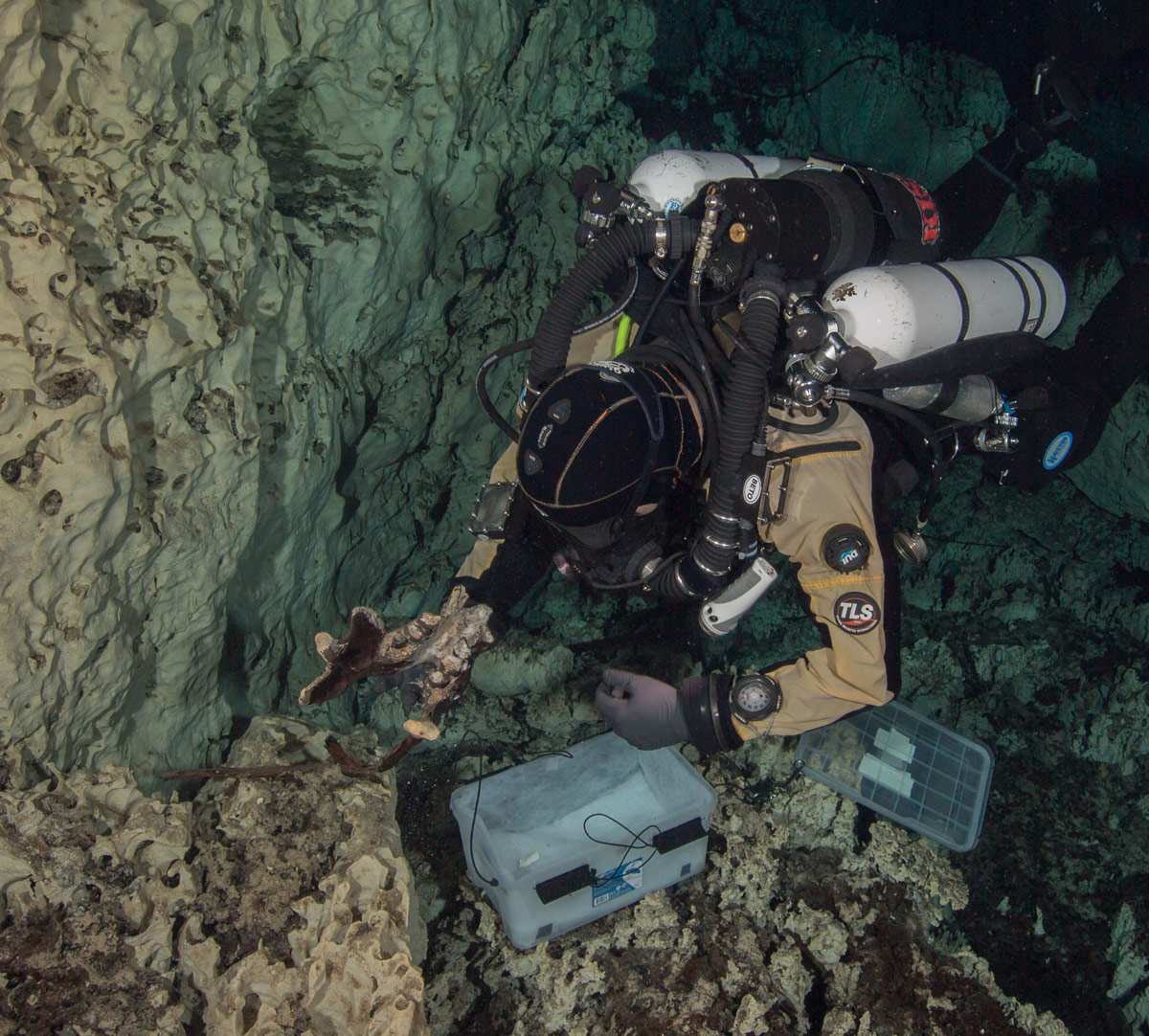 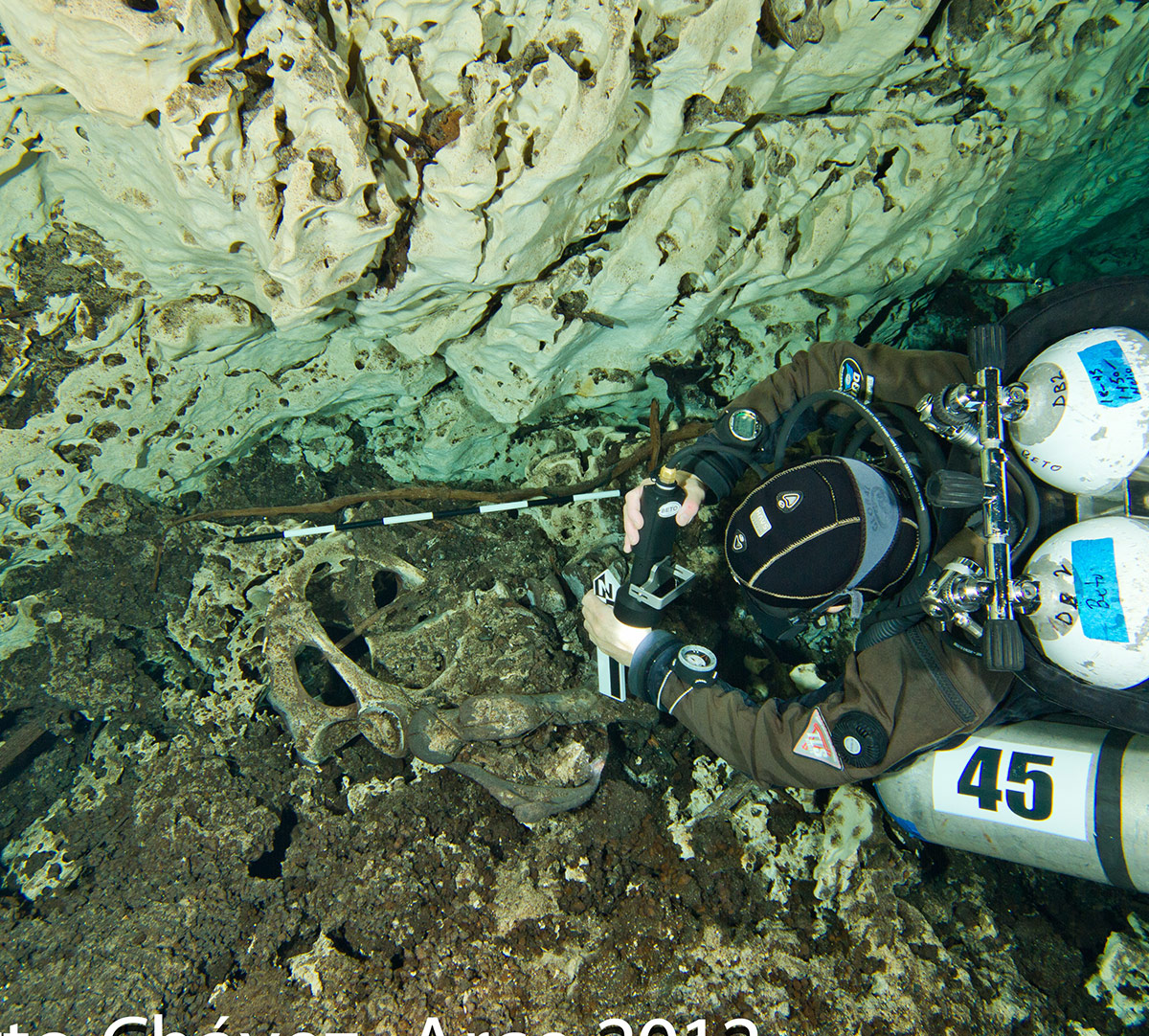 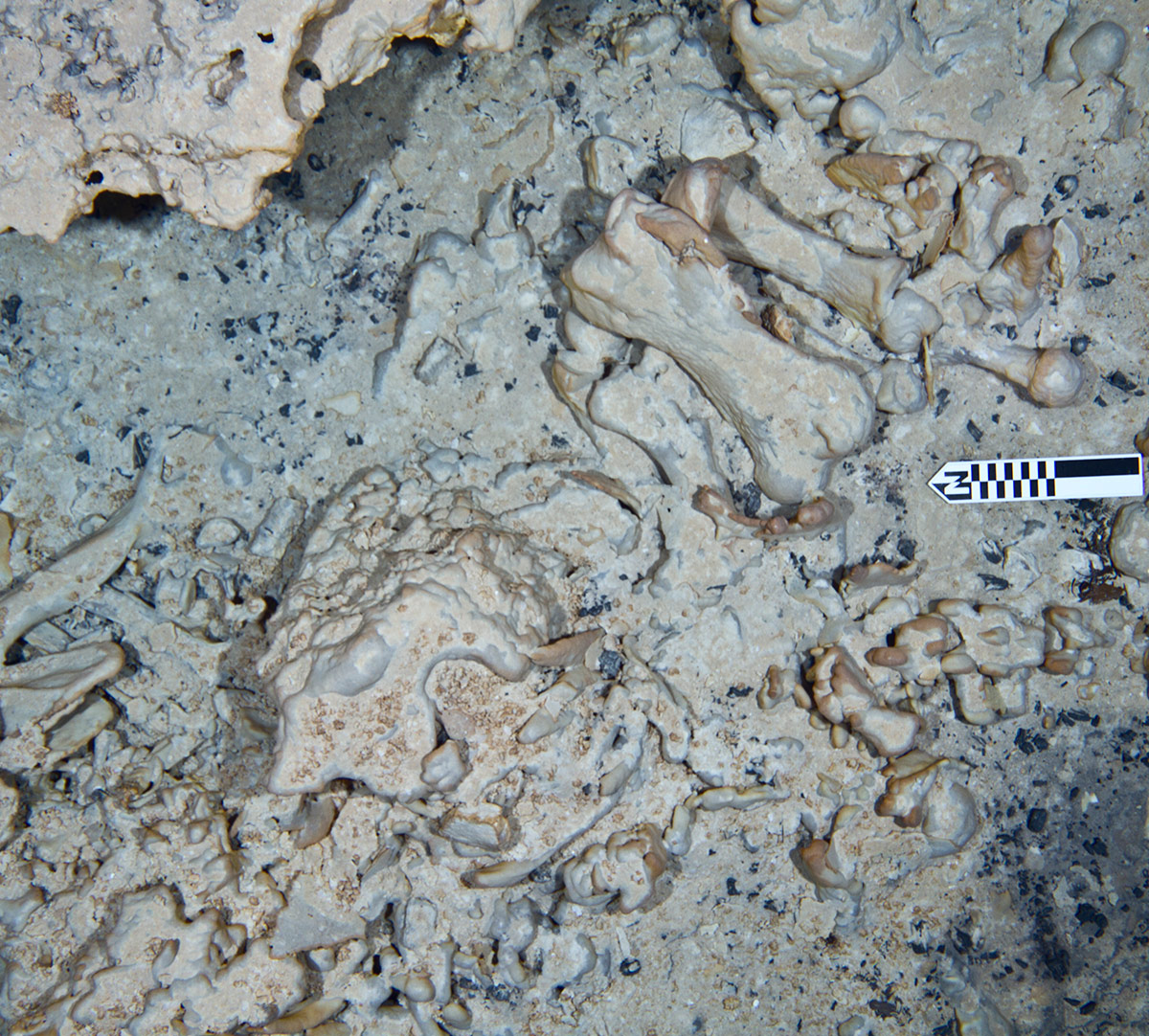 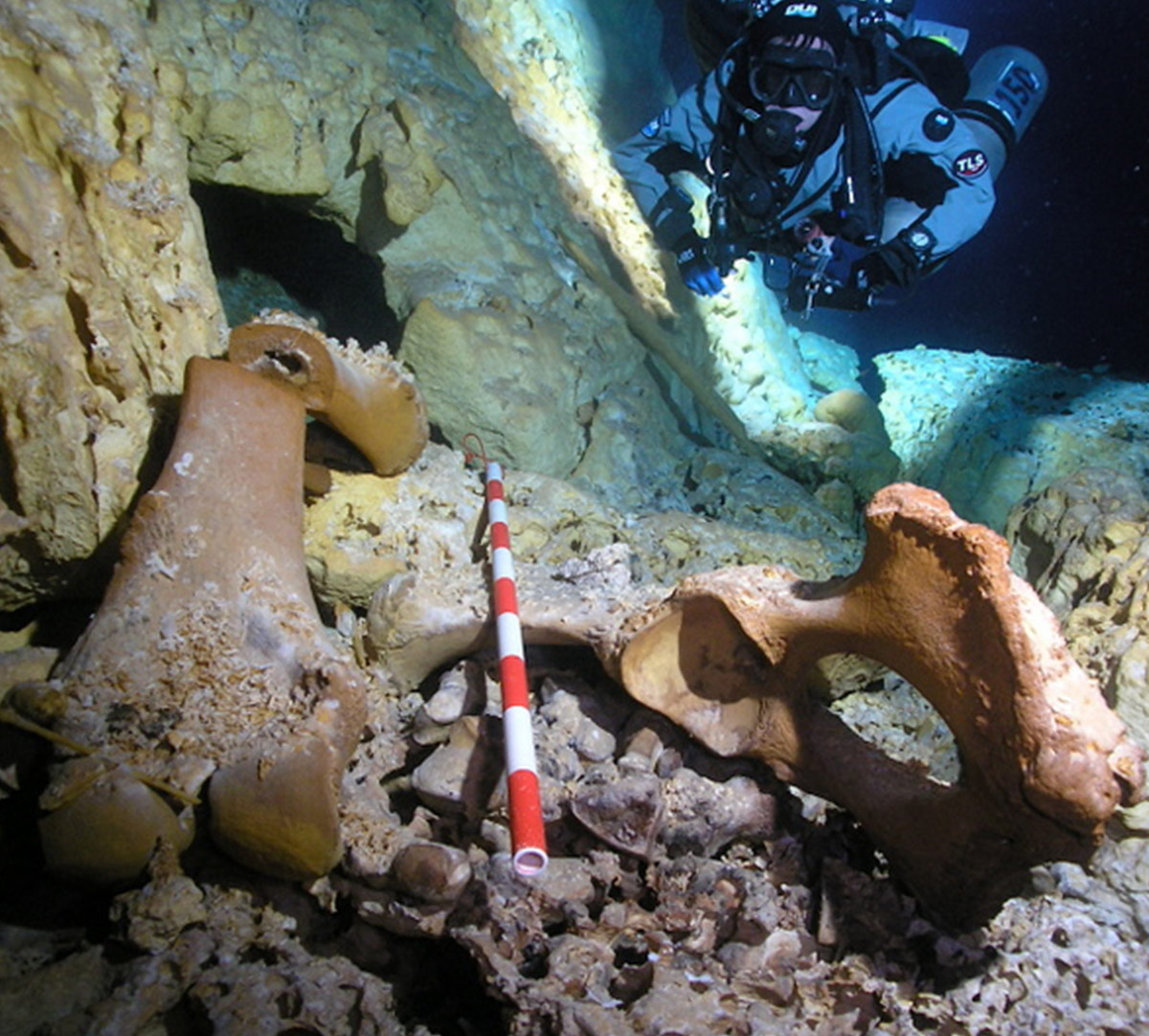 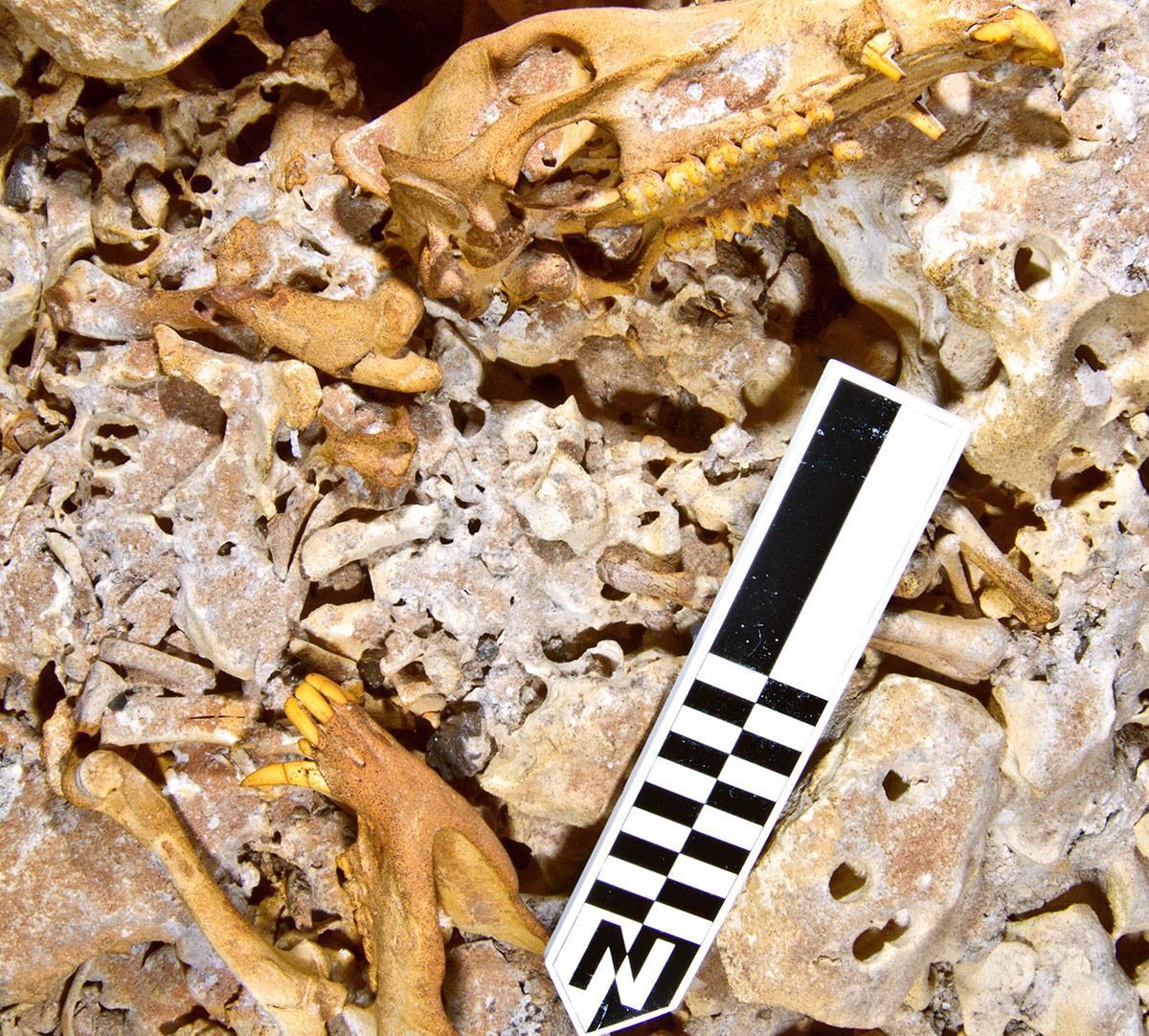 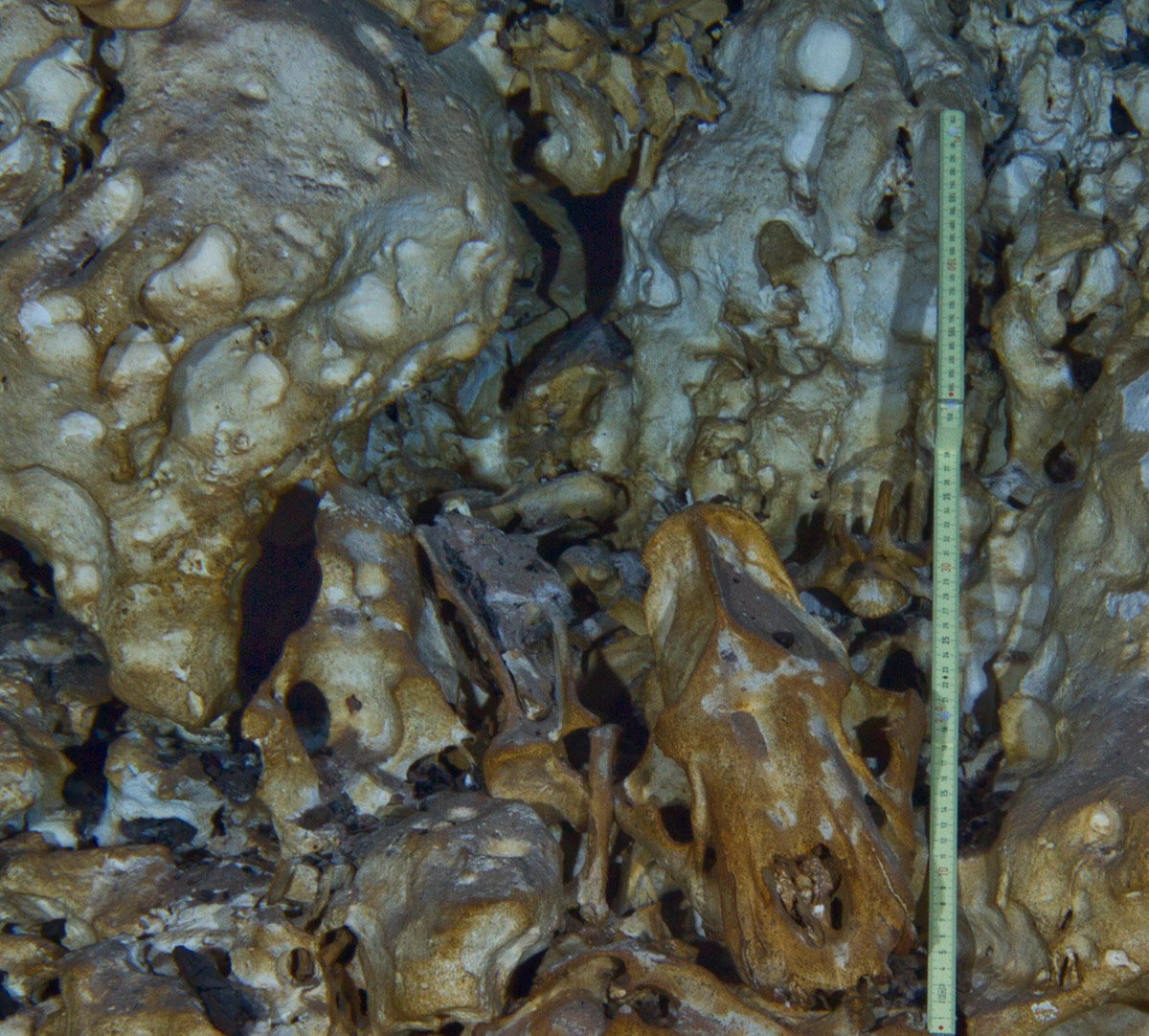